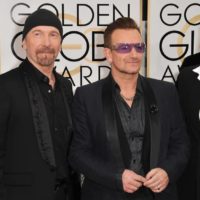 Multiple 30th anniversary editions of U2’s album Achtung Baby album are set for release. The Standard and Deluxe vinyl release will be this Friday (November 19) with a 50-track digital box set available from December 3.

Achtung Baby was released on November 18, 1991, topping charts worldwide and winning the Grammy Award for Best Rock Performance. It featured the hit singles “The Fly,” “Mysterious Ways,” “One,” “Even Better Than The Real Thing,” and “Who’s Gonna Ride Your Wild Horses.”